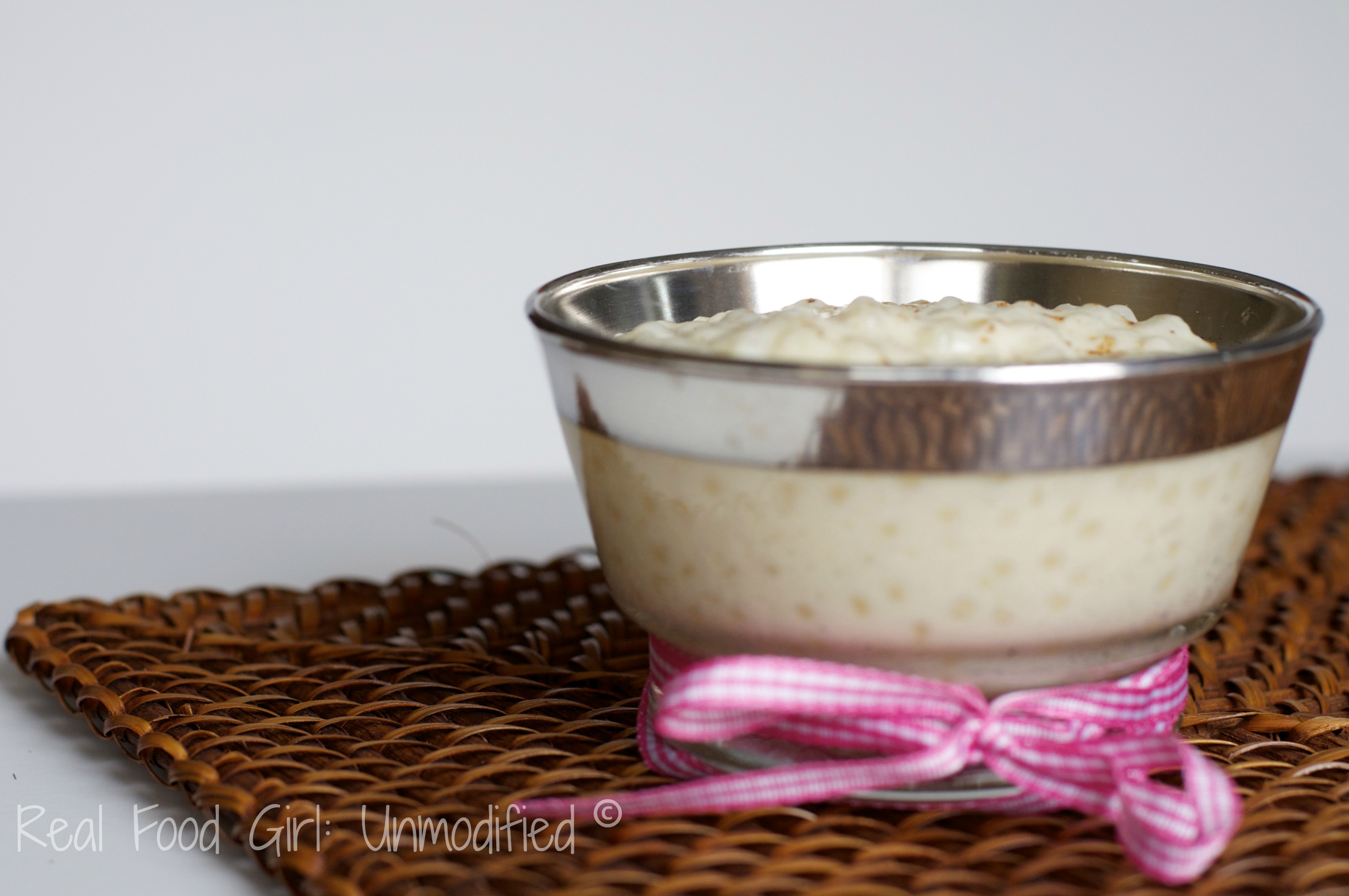 Do you love tapioca pudding?  I totally love it.  I don’t like store bought because they’re very parsimonious with their tapioca pearls and in my opinion, those little gems are the best thing about the pudding.  It’s like having a jell-o-y party in your mouth.  It’s dozens of little baby Nemos dancing in your mouth.  Crap- I just lost ya didn’t I?  Shoot.  I*knew* I shouldn’t have told you that the tapioca pearls remind me of Nemo (fishy) eggs.

They only remind me of Nemos in appearance, not in taste or texture.  Does that help any or did I just make you throw up a little in your mouth?  A thousand pardon’s if I did…but follow me to the recipe because I know you’ll end up eating the whole bowl of this by yourself once you take a bite.  Poor TSM had one tiny cup before I got all “secret closet binge eater” on him and took off with the bowl of pudding and a spoon and didn’t emerge until it was all gone.

The last 2 trips to the Co-op I found myself standing in front of all the wonderful Bob’s Red Mill products.  It’s so hard for me to not take one of everything, toss it in my cart and make a run for the doors.  The inner chef in me wants to go crazy experimenting with all they have to offer, but the inner family CFO in me frowns upon buying things we don’t need.  It’s a constant battle between my creative side and my realistic, logical side.  The last time I actually picked up the tapioca pearls looked at them, put the package in the cart, then put it back on the shelf.  I did this 10 times before I heard someone beside me snicker.  I looked up with this “Ugh, did you just witness me having a battle of wills?”  She laughed and said “yes”, and confessed that she did it all the time and was happy to know that she wasn’t the only one.  I smiled, put the tapioca back on the shelf and decided to spend that money on something we really needed.

The next time I went to the Co-Op, TSM (The Stud Muffin) was able to join me.  As we started down the aisle with the Bob’s Red Mill products he says: “Ya know what sounds good?… Tapioca pudding!”  I all but punched him.  Not because I’m violent or because he did anything wrong, but because I agonized over whether or not I should splurge for this bag of tapioca pearls knowing how much he loved tapioca pudding yet also knowing he’d throw a small hissy fit if he knew that I’d just spent about $6.00 on non-GMO tapioca pearls.  I laughed and said YOU HAVE NO IDEA what I’ve put myself through the LAST TWO TIMES I’ve come here for groceries.  I told him about my torturous dilemma of trying to decide if buying it was worth his hissy fit and he just laughed at me.  So we left with the pearls and I’ve since made 2 batches of this, one a double batch and I’ve single-handedly eaten almost all of each batch. 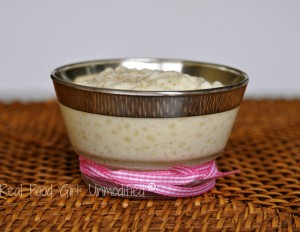 I’ve found since blogging its become harder to decide if something is a want or a need.  I can easily rationalize that it is a need because ultimately everything I make ends up being “for the blog”, but at the same time I have a responsibility to be financially prudent while TSM and I try to get out of this 3 year long unemployment drought we’ve been in.  It’s like the tapioca pearl angels wanted me to have that package after all.  I should bring TSM with me more often.  Well, maybe not. He ends up costing us an additional 25% than I’d budgeted for any given shopping trip when he comes along.  So maybe I’ll only have him come after I can’t decide if I should buy something.

I found this recipe on the back of the package of tapioca pearls.  Since I don’t have a family recipe that’s been handed down from generation to generation I thought the back of the package was as good a place as any to start.  My only criticism, and it’s a small one, is that the pudding is a wee bit runnier than I am typically used to.  My Brother-in-Law Rob agreed when he tasted this past weekend.  I brought a batch of the pudding to eat for dessert when we all got together to watch The Stud Muffin’s OLD family movies.  And by old I mean NO sound and we played them on an old projector.    Rob loves Tapioca, so his opinion of the consistency was helpful and appreciated.

I’ll figure out how to thicken it more and then update this post.  Don’t let that deter you.  The first time I made this I felt the consistency was fine.  It was only a tad bit looser than what I consider to be normal.
In spite of this tiny shortcoming, the pudding is still amazing.  I mean, I think only 2 or 3 people ate some of the pudding I brought to the Italian Family Movie Extravaganza, and I ate the rest.  Great!  I just realized I’m a pudding pig.  Seriously people, WHO eats that much pudding and then candidly proclaims to the world that they just ate almost 2 quarts of pudding all by themselves?  A gluttonous pudding pig does. Lawd help me now!!  I feel like I should go and confess and pay penance or something.

**UPDATE** I made another batch of this tonight and made two small changes that resulted in a yummier outcome- like I ever thought *that* was possible.  This pudding is already to die for! I put the changes below next to ** asterisks.

1)- I added less than 1/8th tsp. of cream of tartar to the egg whites while beating them.  This stabilized them and gave the pudding a lighter texture, but the egg whites seemed to hold their shape much better instead of breaking up and looking like little hunks of curdled egg — which they were not, it just appeared that way. 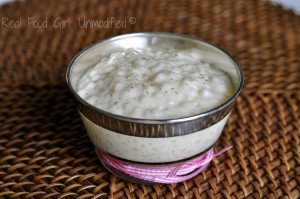 Recipe Adapted from Bob’s Red Mill  (NOTE: Bob’s Red Mill is updating their recipe site and this link no longer works-I’ll check their site periodically and update it as soon as I can)
Makes: 4 cups
Time: 30 minutes inactive, 30 minutes prep & cook 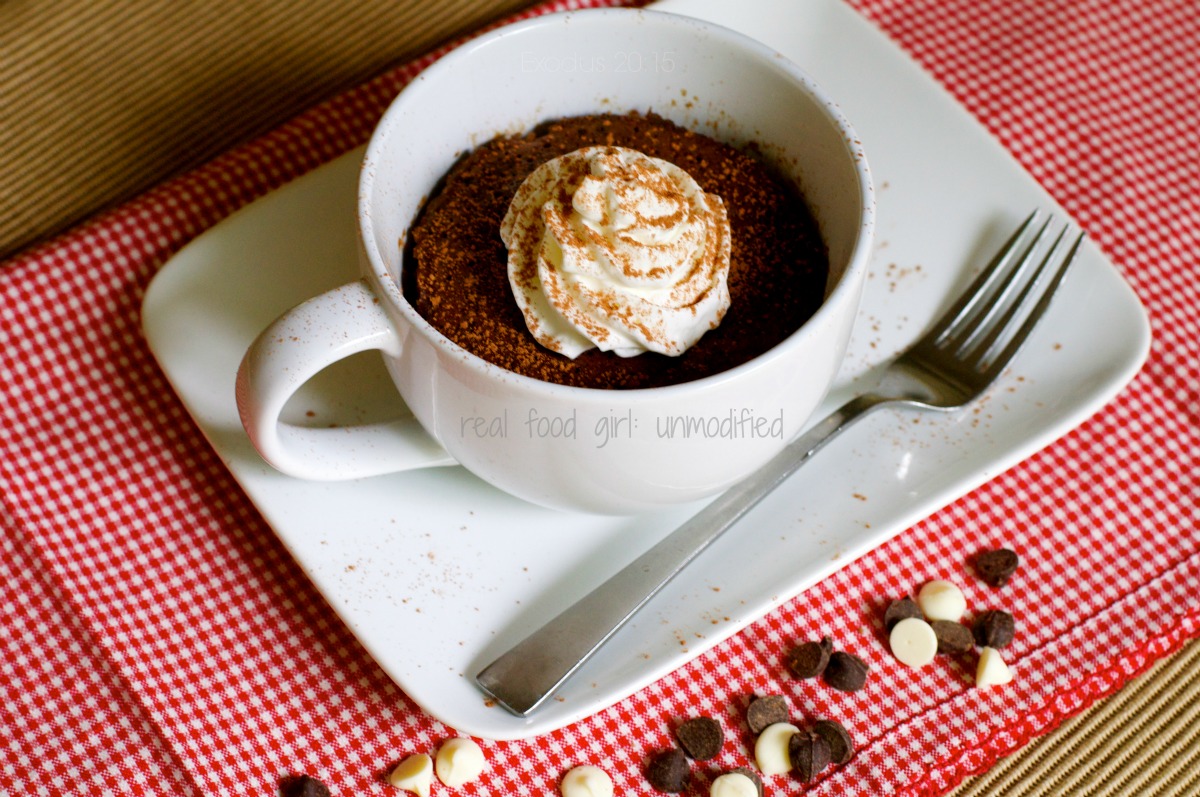 Chocolate Depression Cake in a Mug 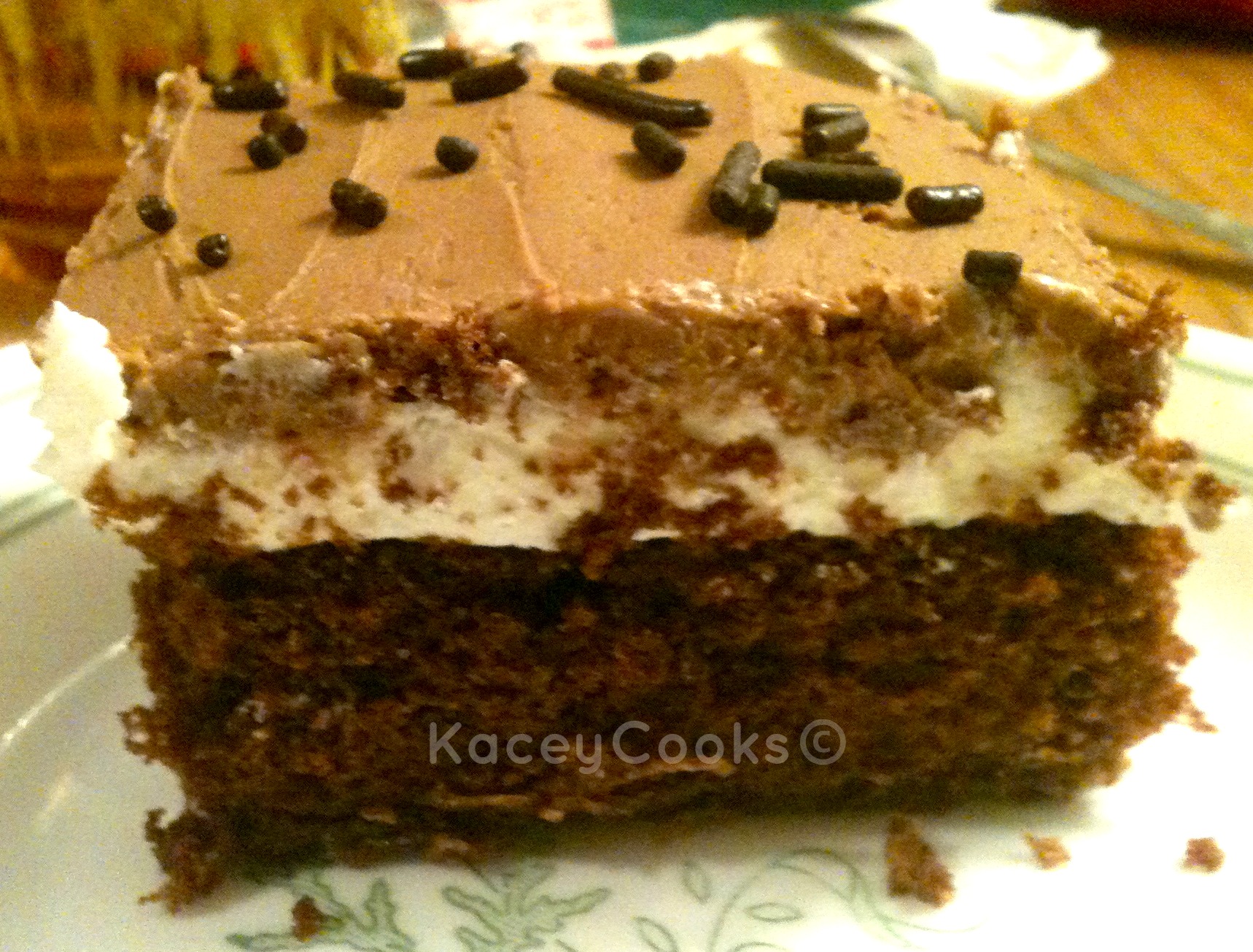 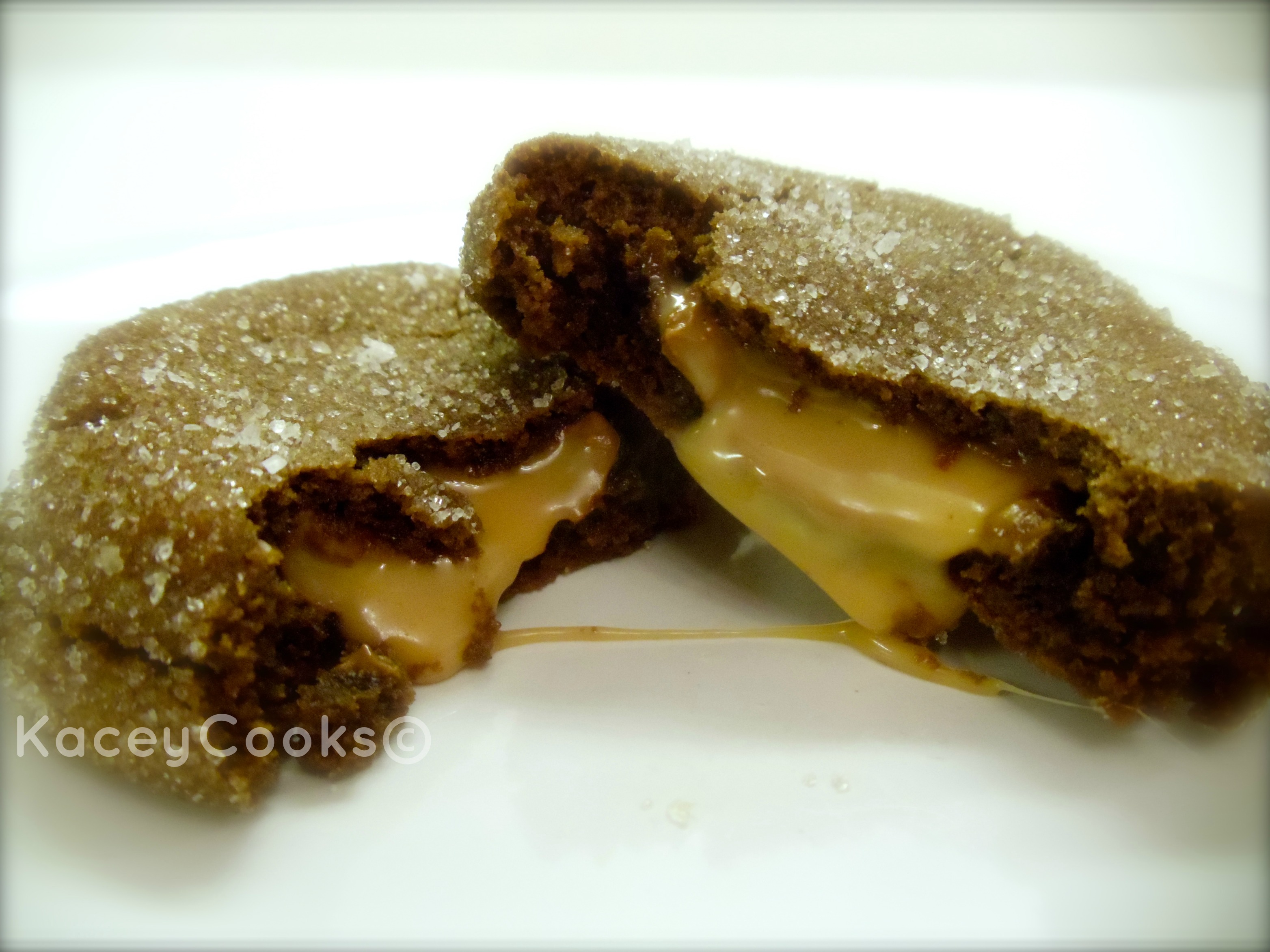