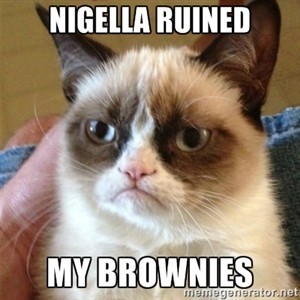 The other day I had a conversation with myself.  I do this frequently.  So far I haven’t been locked up, or committed, so until I’m threatened with a padded room in the looney wing located in the sub-basement of my local hospital, I’ll probably continue to have conversations with myself.  I’m quite interesting, unless I’m boring.  Then by default I’m not interesting.  In case you were wondering.

My conversation went something along these lines:

Me: Ya know, bacon is awesome.
Still me:  I know, right?!
Me: Since you’re going a bit bonkers with all those chocolate recipes on your blog, you should do something with chocolate and bacon.
Still me: Ermegersh! That’s a brilliant idea!
Me: Psh, of course it is, you’re brilliant.
Still me: True dat!  Ooo, what if you made brownies and put in candied pieces of bacon and chunks of Fleur de Sel caramels?
Me: Shut the front door, woman!
Still me:  (Shuts the front door) Hey, you’re right.  That’s probably too much. People might find that union unholy or summpin’
Me: Prolly, (rolls eyes)  But who cares? It’s BACON!  And, chocolate, and… hellooo?  Caramel!
Still me: Preach!
Me: Giddy up, Skippy Chuck, let’s get baking!

I didn’t feel like using a tried and true brownie recipe because that would be too easy, I searched the web for something that came close to what I was envisioning.  I came across a recipe by Nigella Lawson.  I liked Nigella.  I liked her until I wasted the last of my really good caramels and an entire package of pastured, organic bacon.  Now I don’t like her.  She made me sad.  She ruined brownies.  She violated bacon.  She committed a cardinal culinary sin.  Never. And I mean never, violate the bacon. Ever. I think Nigella hates bacon, and Nigella ruined my brownies. 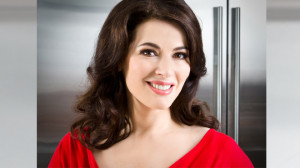 That’s a lovely picture of Nigella, isn’t it?  She’s very pretty.  I’d go so far as to say she is beautiful.  She has this way about her that sort of mesmerizes you and draws you in.  Of all the annoying and sub-par cooks and chefs featured on the Food Network, she’s one of the very few that I actually liked. She sucks at making brownies, which is sad because she thinks they’re good.  I should have her try my GF brownie recipe.

My friend the Culinary Guru told me that the Brits can’t make a cookie or a bar to save their life.  She also told me NO MORE Food Network recipes because they rarely ever turn out properly without major amounts of tweaking.

After getting scolded for not knowing that British people have the innate ability to ruin one of nature’s greatest gifts to mankind… brownies, it was decided that I was going to blog about these brownies, the recipe that failed, why it failed and how I came about developing a better brownie base for these great accoutrements.  Candied bacon, Fleur de Sel, and chunks of dark chocolate deserve a chewy, yet semi-fluffy brownie in which to be suspended.  It’s not fair to the bacon or the caramel to get stuck in a brownie that has no structure, is crumbly, freakishly spongy and are so bland and lackluster they could bore a Funeral Director to death.

I’m a bit embarrassed to admit that when I was reading over Nigella’s recipe, I noticed that she said she liked to use Oscar Mayer bacon, and a HUGE red flag went up, but I proceeded anyway.   Someone tell Nigella that I apologize on behalf of bacon lovers everywhere for the abomination that is Oscar Mayer bacon.  Poor woman. If she thinks that stuff is good, wait until I send her some Applegate Farms bacon.

I also noticed that every other recipe online that was an adaptation of her original recipe included big changes.  That also should have been a red flag, but it wasn’t because bloggers like to put their own spin on a recipe.  I should have started to wonder if those spins were to make the recipe edible, because as this recipe stands, it’s bloody rubbish, and Nigella ruined my brownies.  She also caused me to waste good bacon.  Nigella owes me a pound of bacon and a quarter of a pound of E.Guittard chocolate.  She also owes me half a package of Trader Joe’s Fleur de Sel Caramels.  Last but not least, she owes bacon a huge apology.

In my next post I’ll go over the recipe, and where I think it went wrong and what I think I’m going to do to fix it.  I hope you’ll join me.  I think this little adventure is going to be great fun! 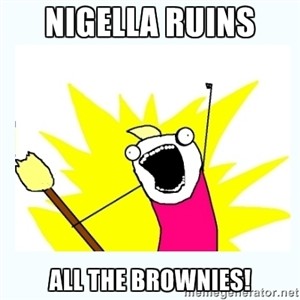 I don’t really dislike Nigella.  This is a semi-satirical post to help me cope with the crushing blow of not being able to enjoy my bacon caramel brownies and in realizing that Nigella’s brownie recipe sucks rocks. I may have to wear black for a week and mourn the loss of a pan of brownies, good chocolate, awesome, hormone and antibiotic free bacon and sea salted caramels. 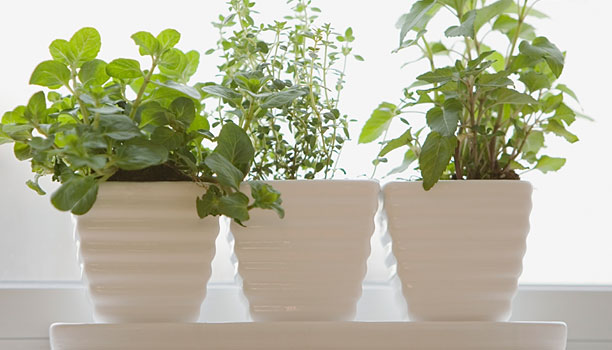 The Dirty Dozen & The Clean 15