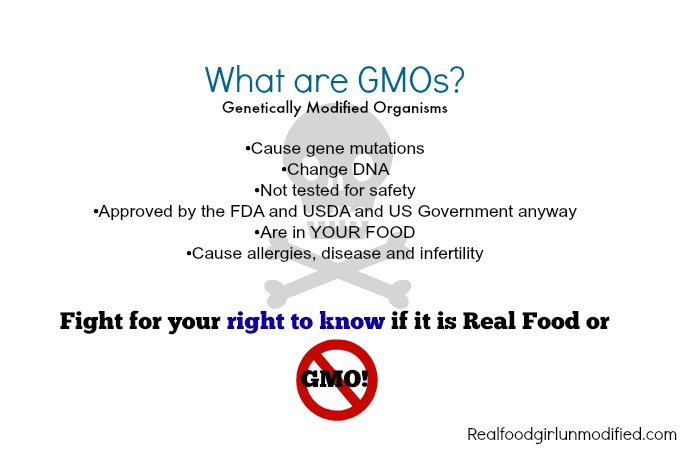 Welcome Newbie! We have a lot to cover today, so let’s get busy!!

We’re going to be discussing the basics of GMOs.  There is already a lot of information out there and I really don’t want to just beat a dead horse, so I’ll be citing a lot of sources and some quotes from other great GMO Resources that I turn to when I want accurate or easy to digest and understand information on GMOs.

The Definition of GMOs

GMO stands for Genetically Modified Organism. It can also be referred to as GE- Genetic Engineering, or GM, Genetic Modification.

“Genetic modification is the process of forcing genes from one species into another entirely unrelated species. Genetic engineering forcefully breaches the naturally occurring barriers between species, causing both known and unknown / unintended consequences that have never been proven safe by the FDA or the United States Government.  Because the injected genes may come from bacteria, viruses, insects, animals or even humans, GMOs are also known as “transgenic” organisms.”  (Quoted from GMO-Awareness and used with permission.)

These days there have been a lot of modifications to our food supply. I’m not talking about cross-breeding or hybridization, such as combining a mandarin (orange) and a lemon to get a Meyer Lemon, I’m talking about taking the DNA of a completely different species and FORCING it into the DNA of a plant without researching side effects, impact on the environment, those with weakened immune systems and the general population.

To understand how genetic engineering is done, watch this video (an illustrated explanation begins at the 2.20 minute mark).

For more FAQ regarding the definition of GMOs, visit this page over at the Institute of Responsible Technology. 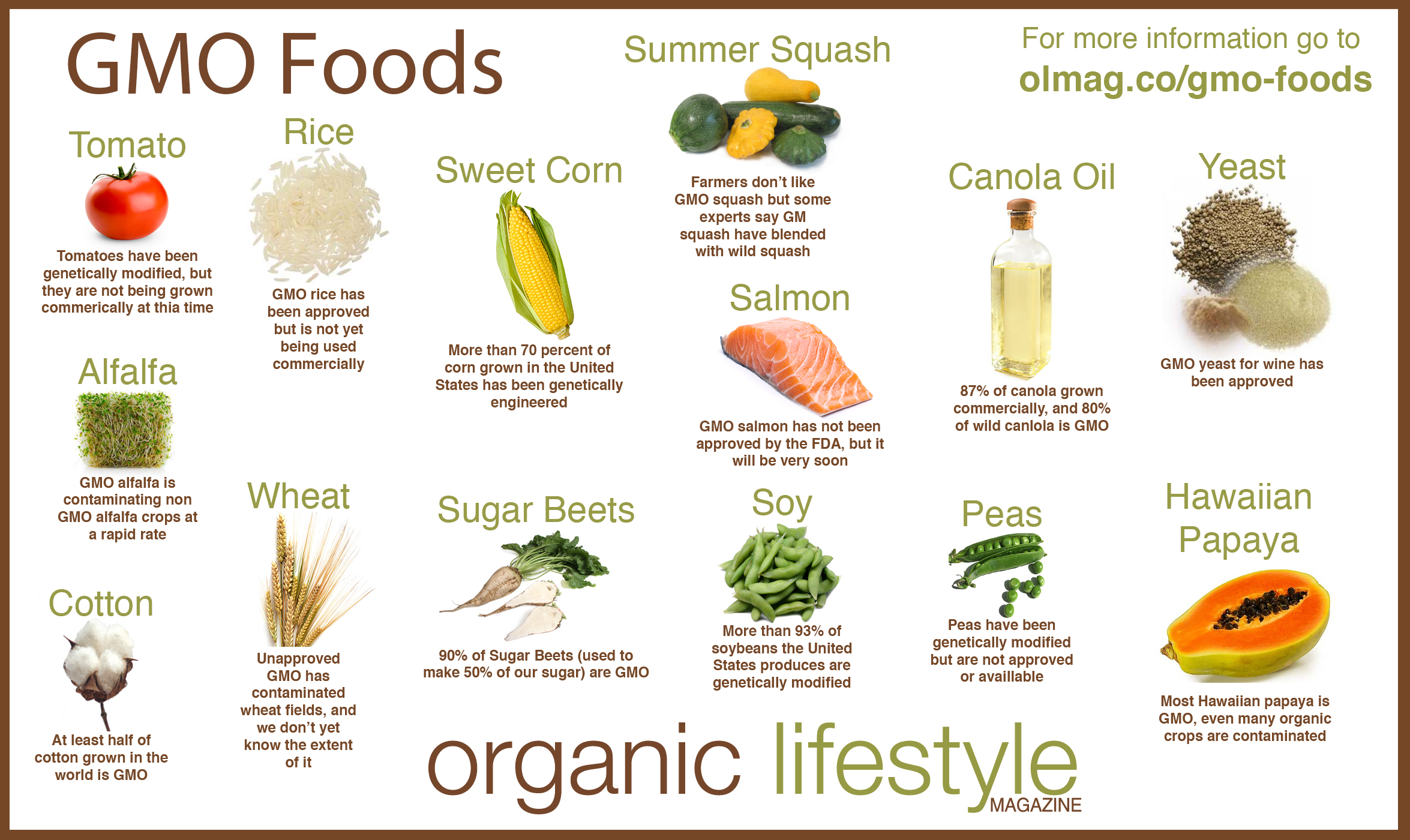 Current Genetically Modified/Genetically Engineered/Transgenic Crops in the United States are:

Check out THIS LINK for a complete list of invisible Genetically Modified ingredients. 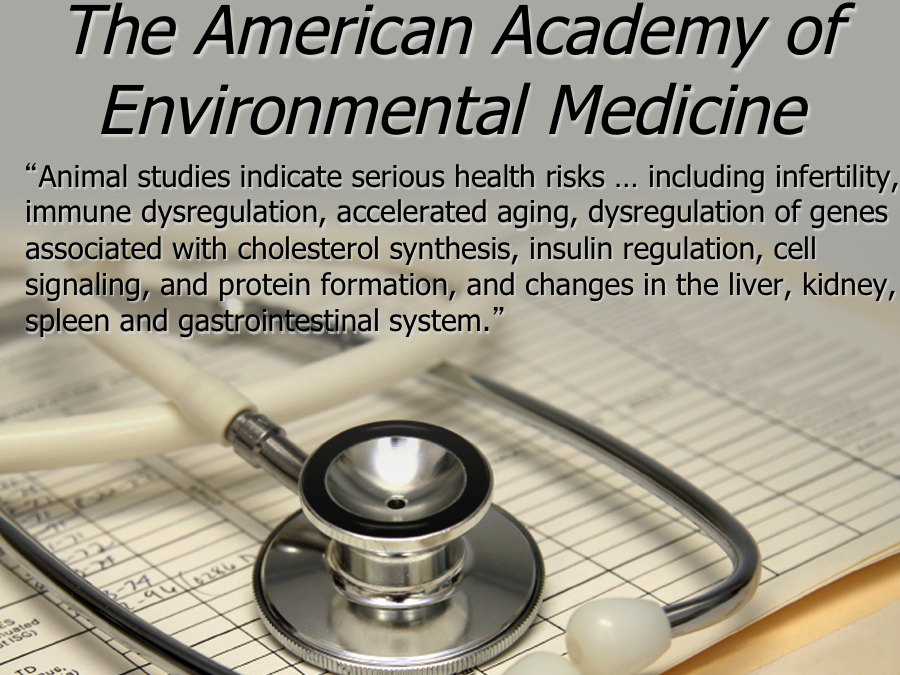 The Dangers of GMOs

Starting in 1996, we’ve been eating Genetically Modified ingredients in most processed foods.  Originally, FDA scientists had repeatedly warned that GM foods could create unpredictable, hard to detect side effects, including allergies, toxins, new diseases and nutritional problems. They urged long-term studies but were ignored. Source

Our seeds are coming from the same biotech companies that were found guilty of hiding the toxic effects of their chemical products (agent orange anyone?).  Monsanto, Dow, Bayer, DuPont, Land O’ Lakes, and Syngenta are just 6 of the top 10 GM seed companies.  The Top 10 seed companies comprise 67% for the global proprietary seed market.  Monsanto accounts for 23% of that 67%

GMOs are the latest innovation in Monsanto’s long line-up of questionable products, including Agent Orange, PCBs, DDT, Dioxin, Aspartame, Saccharain, rBGH / rBST, and Terminator Seeds that grow for only one season, forcing farmers to buy their genetically modified seeds each year instead of saving seeds from the prior harvest as they have done for centuries.  Source

The health risks posed by GM foods are listed below. This list is not all inclusive. For a PDF version of this list which includes more detailed information of the Health Risks listed below, click HERE. 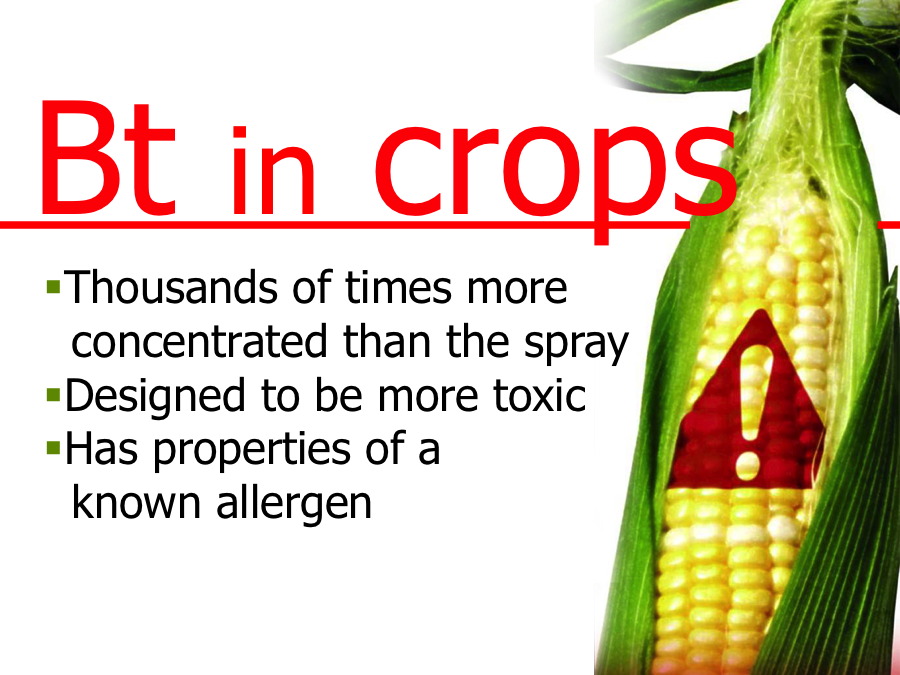 For more detailed information about the environmental, human and economic risks, please click THIS LINK and you’ll be brought to GMO Awareness.com 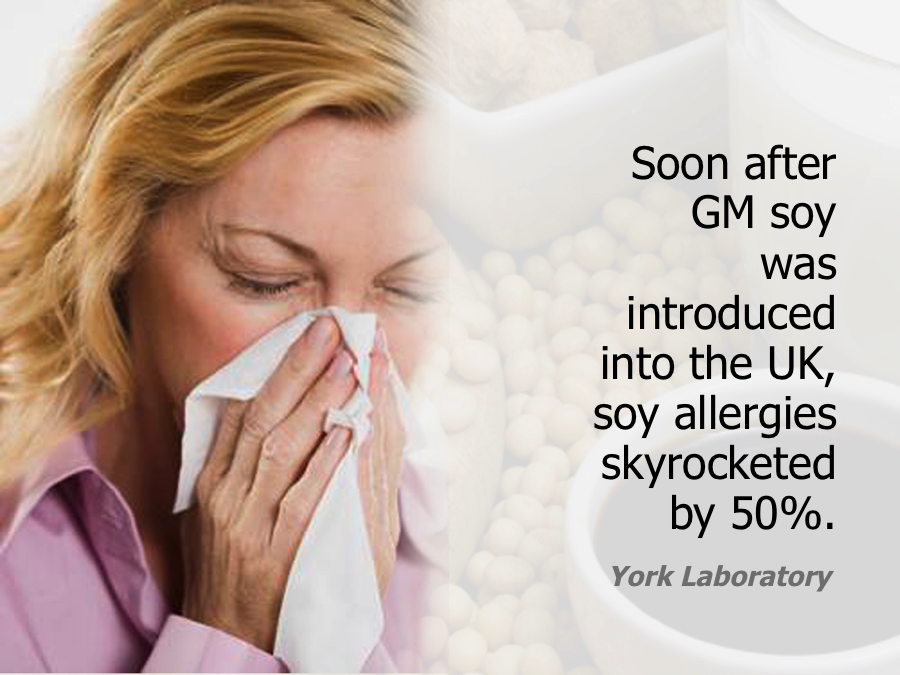 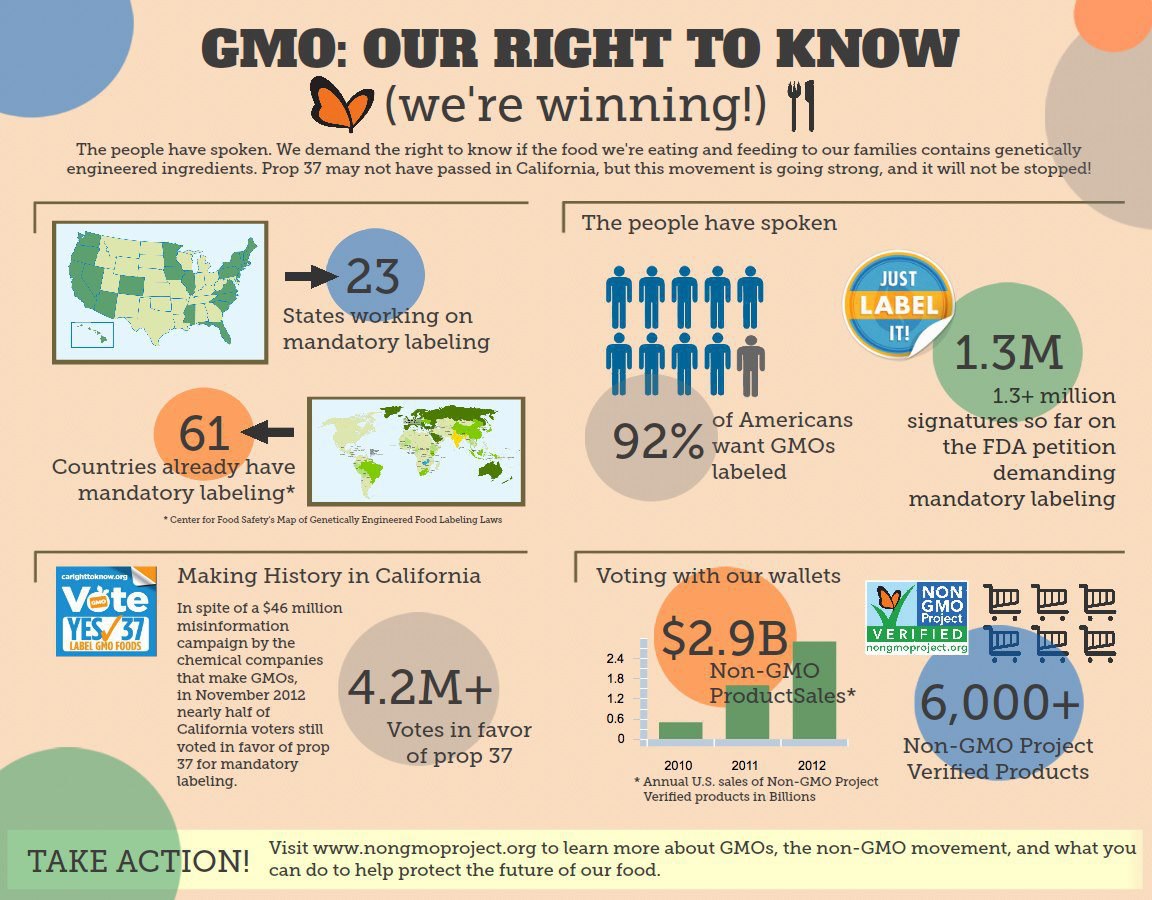 I’ve shared with you in My Story, how I feel about GMOs and how after watching Genetic Roulette and other food documentaries that I believe with all my heart that GMOs are mainly to blame for my health issues–mainly my severe hormone issues, and digestive issues.  I’m still trying to heal my body and I’ve been eating a traditional Real Food diet now for almost 3 years. That is part of the reason I added essential oils to my journey. I knew my body needed additional core support.

There is so much more I could have shared with you today, but I honestly don’t want you to become overwhelmed. I think we covered a decent amount of ground on GMOs today.

What is one new thing you learned about GMOs today?  Are you upset, or angry by what you’ve learned?  What other questions do you have?