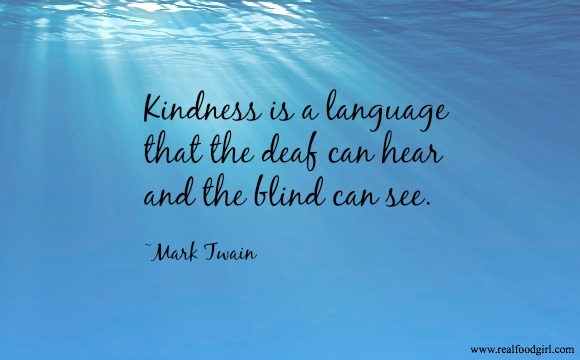 This week something bad happened to one of my blogging friends. It wasn’t your typical something bad, such as a minor fender bender, or a bad jean day, or she broke a toe tripping over a toy in her living room.  No. This something bad happened to be broadcast on daytime television with hundreds of thousands (if not more) people watching.  What makes it worse is that no compassion or understanding was extended to my friend. Just judgement, ignorance and cruelty.  Woman being mean and cutting each other down.

I’m talking about my blogging friend Jacquelyn Byers of Little Owl Crunchy Mama and her “No Poo” post that went viral- online and on television. Kathie Lee and Hoda did a story on Jacquelyn’s blog post where she confesses to having not used shampoo for 5 years. You can view their video here –it starts at 6:40

The lack of tolerance and sensitivity, despite not understanding why anyone would want to avoid shampoo coupled with no desire to learn more about this growing trend, or gather more information behind why my blogging friend made the decision to not use commercial shampoos for 5 years is alarming and disappointing.

I personally couldn’t get through their entire video.  Kathie Lee is just downright ignorant and has a very elitist attitude.  I am seriously tempted to go on a Julia Sugarbaker Soapbox rant and share my thoughts on why I’m so gobsmacked by Kathie Lee and Hoda’s response to this story, but I honestly don’t know if I can eloquently put my thoughts into words, or if they’d even make a difference to Kathie Lee or Hoda. I’m also afraid that I’d let emotion get in the way, vs. logic.  The logical person in me doesn’t like it when I react emotionally, so for now, I’ll keep my inner Julia Sugarbaker quiet and appeased with some organic cake.

Below is a letter to Kathy Lee and Hoda was written by Leslie Erin of Crunchy Betty, in response to the “No Poo” story that Kathie Lee and Hoda covered on their show, which was in response to the “No Poo” post on  LittleOwlCrunchyMomma’s “no poo” by Jacquelyn Byers.
In an effort to support one of my fellow blogging friend, Jacquelyn who lives a very conscientious, clean, green lifestyle, several of those in the blogging community, including myself are posting this article/letter (with permission).

Dear Kathie Lee and Hoda (but mostly Kathie Lee),Shhh.Just … shh.For a minute. Let me talk. Let someone else talk. Please.Shhh.Yesterday, with the exceptional display of journalistic prowess only the two of you can pull off, you publicly shamed a woman. You know, just a little good-natured name calling of a commoner, in between Kathie Lee’s cringe-worthy lyric-forgetting and the best hair evah (EVAH) popular girls circle jerk. No harm, no foul, right?I get it, girlfriends. I really do get it. You live in a world where you’re plied with products and serums and perfumes and creams made of extracts of baby albino tiger tears mixed with space-aged polymers coated in 200 karat gold. You don’t really know what’s going on *out here* unless your producers shove a bottle of wine and a paper covered in words in front of your face and say, “Don’t think. Just talk.”I know there’s an in-touch part of you somewhere, it just happens to focus on things like the latest stiletto-wedge-ballet-pump from Jimmy Choo or what Lady Gaga ate for breakfast yesterday morning (extracts of baby albino tiger tears, no doubt).But out here, ladies, something else is going on. And it’s something your producers won’t hand you a script for (something that would never please the overlord advertisers).So even though you’re not in touch with it, it does exist. And the beautiful woman you made fun of yesterday is a part of it. You can call it “crunchy” (cue Kathie Lee eye roll) or natural or alternative or big bang boopsie. I don’t care. Call it whatever you want, but to look down on it any longer doesn’t fly.You see, there are thousands of women who have learned one very important thing in the last few years:We’ve been lied to. We’ve been bamboozled. We’ve been hoodwinked. We’ve been hypnotized by a billion synthetic fragrances slowly stripping us, from the day we’re born, of every shred of the true *natural* humanity we’re a part of.And because hundreds of women as brave as Jaquelyn Byers of LittleOwlCrunchyMama have spoken out about their no ‘poo lifestyle, we know something you don’t:Not washing your hair with shampoo doesn’t make you stink. Oh, maybe the first few days are rough, and then any whiff of off-putting smell is gone. It’s gone, and you know why? Because human bodies are designed to work in concert with nature, not battle with it.We’ve also learned that the stink you cop to having after not washing your hair, Kathie Lee, has more to do with the things that you put IN your body than the things that you put ON your body. A clean diet, more often than not, equals a cleaner smell. And that cleaner smell is quite easy to remove (and be free of), even if you only wash with water.You can still bathe regularly, Kathie Lee, so you don’t have to worry about smelling like the people “back in the day before shampoo” who only bathed once every few weeks, at most. You can still enjoy other comforts of modern day life. Like, you know, razors and toothbrushes and those little family stick figures you put on your car’s back window. Except not the last part. Please, not those.I don’t know why I expect more of you, but I do. I expect women in the media to be conscientious about the way they talk about new ideas and, even more so, the way they talk about people. About other women. And, for heaven’s sake, about other women and their relationship with their children.The disrespect you showed Jacquelyn, simply because she does something you’re not brave enough to learn about, much less try, was nothing short of schoolyard bullying.I have a friend, you know, who has two girls: ages 5 and 7. And when she caught her children making fun of another kid for having curly hair, do you know what she did? She curled their hair. For a week straight, the girls had curly hair, just so they understood what another person was feeling.So I know that one of you – I’m guessing Hoda, because she seems to be the bravest of the gang – is going to swallow your pill and do the right thing now. If a 5-year-old and 7-year-old can do it, you can muster up the emotionally responsible fortitude to do it, too.Don’t wash your hair.For six weeks.Do not wash your hair with shampoo. Heck, you could even go the no ‘poo with baking soda and apple cider vinegar route. But either way, no shampoo. For six weeks.And then come back and talk to us about how awful it is. Then you can talk from an experienced point of view. Then, perhaps, you won’t sit up there on your ultra loud thrones and set the tone for other people to feel like it’s okay to be mean. And many of your viewers were mean. Nasty. Bleh.Until then, it would be ever so kind if one of you would have a sit down with your producers and schedule a few interviews with women who don’t use shampoo. Get them in your studio. Right next to you. In your face.So you can smell them. And eat crow.(I hear it’s delicious this time of year.)And goodness knows I’m not saying it will work for you. It may not! I mean, let’s be honest, it won’t, because it takes exquisitely detailed spritzing and teasing and coiffing to get you camera ready all the time. But what’s six weeks going to hurt, right? Time flies when you’re a celebrity.Try it. It’s not like you’ll lose your job – unlike the way you do when you anger the masses by being heartless and snarky.The worst that can happen is that you’ll stink. The best that can happen is that you’ll gain our respect – and a naturally beautiful head of hair in the process.

I’d like to add that they more than likely won’t stink after 6 weeks, but that depends on their diets and the other chemicals they slather on their bodies or use to clean, do laundry, etc. etc. around their house.  I personally don’t think Kathy Lee or Hoda would have the courage to accept this challenge.

For everyone who has made the tough decisions that go against the mainstream idea of normal, I salute you.  Please share this post far and wide in support of Little Owl Crunchy Mama

UPDATE: Please note: The open letter was written by Leslie of Crunchy Betty in defense of Jacquelyn Byers and re-posted with permission. You can read my opinions in the intro and closing of the post. Yes, Leslie’s wording is strong and is rubbing some of you the wrong way. Maybe she could have chosen different wording but the point is made. She is calling them out for what they did. Something has to change in the media. They don’t have the right to tear down someone for their choices and humiliate them in front of the world. At least have the decency to say what they said to her face instead of as a generalization.  Lastly, even if she had worded it in a way that didn’t offend you, it still would have offended others.  We each have certain tones and words that chap our hides, so to speak.  Keep that in mind… Keep in mind that you can’t please all the people all the time and I for one think this very matter-of-fact type of letter needed to be put out there.  Otherwise I wouldn’t have taken a break from our “regularly scheduled programing”.

Leave a comment, but if you bash me, or Leslie or Jacquelyn, I won’t approve it. 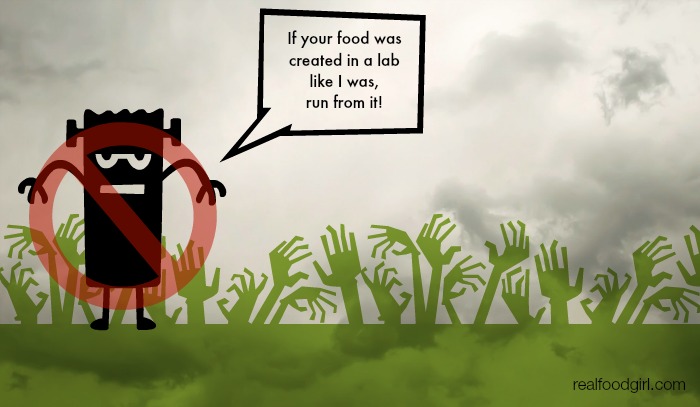 Frankenfoods, GMOs and The Dirty Dozen 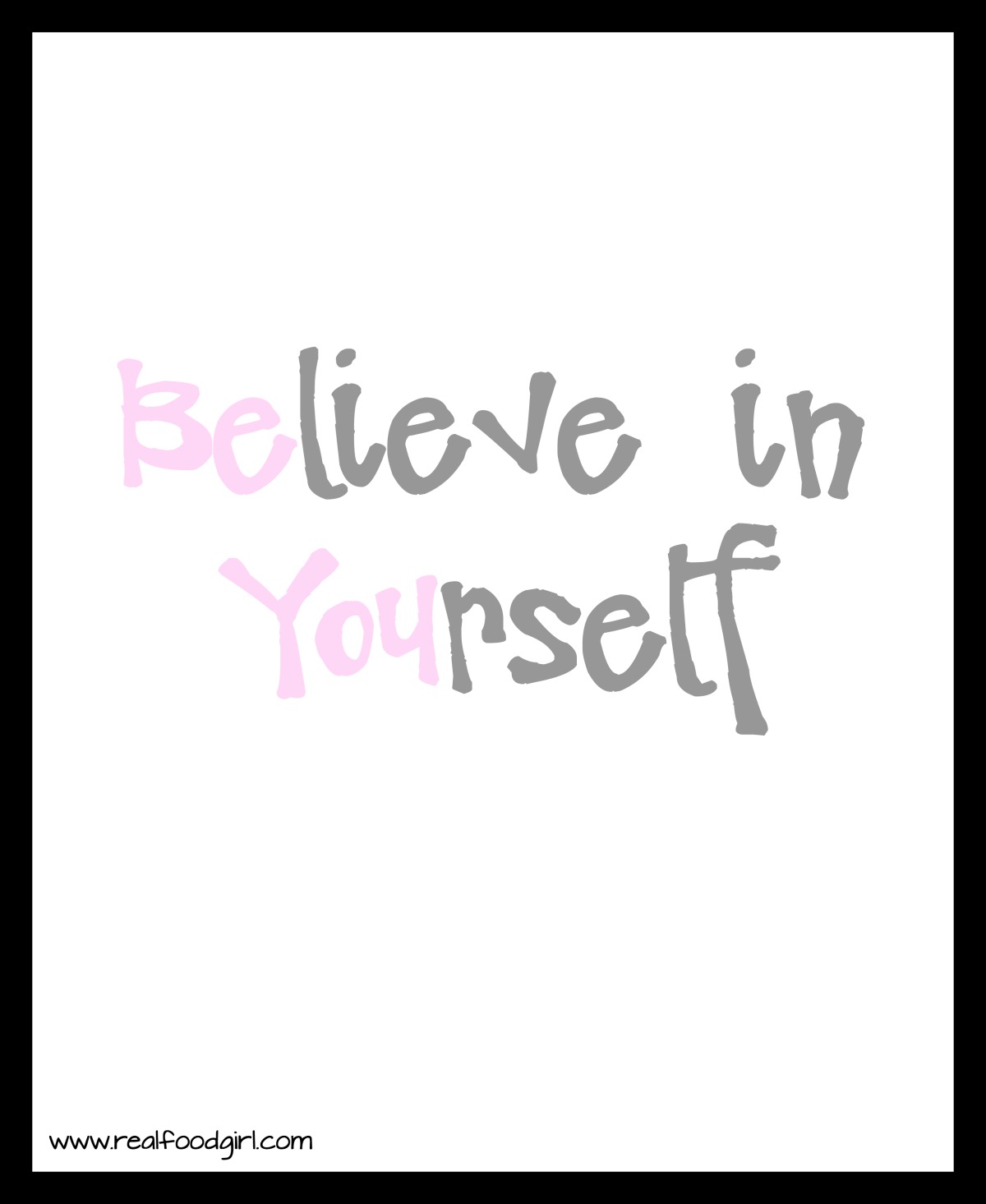 Standing Up for My Passion to Help Others